In response to Malta’s decision to sell citizenship – and its corresponding EU passport – to “ultra-high net worth individuals” in return for a one-time ‘donation’ of €650,000 (plus a €7,500 “Due Diligence fee” for the private company which has been given exclusive competence to market and sell the scheme), last weekend, I sent a proposal to verkami.com to create a crowdfunding campaign to raise funds for the purchase of a Maltese passport for someone who badly needs it: a rejected asylum seeker, who has been stuck in Malta for years, with no work permit, and no permission to leave the island in search of better opportunities further north. That person is one and many, as yet unidentified, and in any case would be better off remaining anonymous – not only to avoid unnecessary rivalries, but because the party in opposition would probably jump on them as a useful symbol for their own political gain. 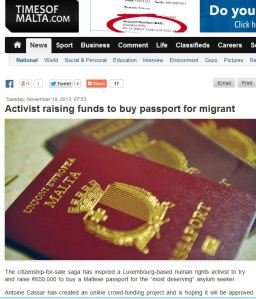 Two days later, I was kindly contacted by Kristina Chetcuti of the Times of Malta. (Incidentally and ironically, her telephone call came as I was crossing the border from Luxembourg into Germany, on my way to an eye operation; I’m writing this with one eye, so please bear with me.) The Times ran a front-page story the following morning publicising the crowdfunding idea. The article is now online in full. The point was to push the debate on cash-for-citizenship beyond the political tribalism and nationalistic fervour that have characterised resistance to the scheme so far, and to direct the discussion toward the realm of human rights from an at once more global and local perspective. Over a month after the first news of the Maltese government’s proposal to sell so-called ‘golden’ passports, the debate continues to be confined within the same national borders that allow the global citizenship business to thrive in the first place. 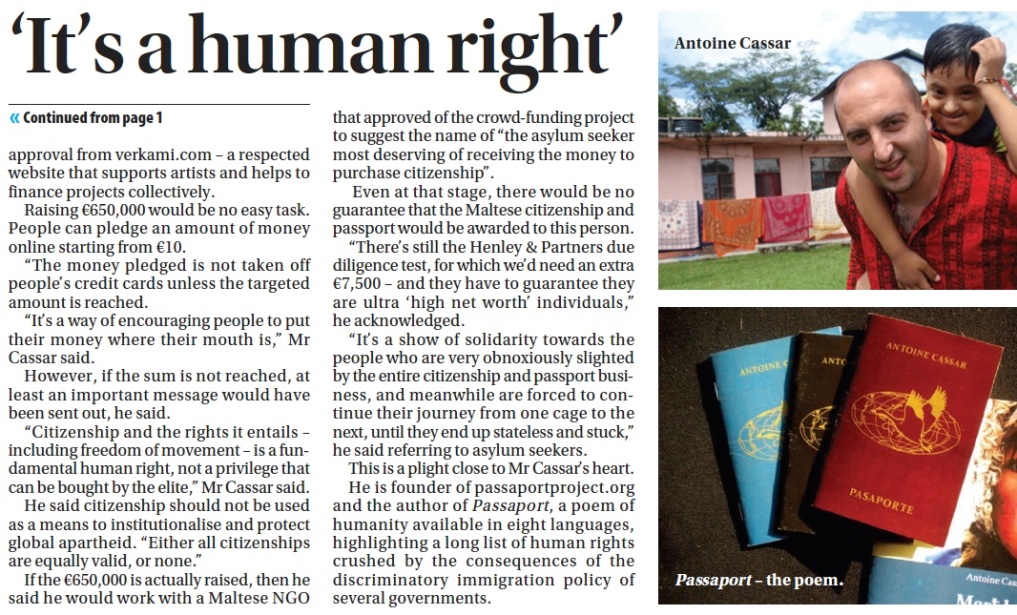 The first headline to appear on the Times of Malta website last Tuesday was “Activist raising funds to buy passport for migrant“. To a certain extent, judging by some of the comments, it seems to have worked, even if there have been attempts to reframe the action as a poke in the government’s eye, or even a stunt by the party in opposition, which it obviously isn’t. My intentions are made clear in the text of the article, and I thank Kristina Chetcuti for respecting them. The second headline to appear on the Times of Malta website, which I now see had initially appeared in print, states: “Drive to buy passport for ‘deserving’ migrant“. I wholeheartedly apologise if this second headline is misleading, with the adjective taken out of context. The point of the crowdfunding idea is not to establish some sort of competition to locate the migrant who has been stuck in Malta the longest, or suffered the most within the cage of border bureaucracy. In the highly unlikely event that the € 650,000 were to be pledged within the 40-day deadline, ideally, that money would not purchase one passport, nor a hundred, nor a thousand, nor one for each and every person in Malta who has had their request for humanitarian status rejected and yet has no permission to leave the island. Ideally, that amount would not buy a single passport, because the right to freedom of movement should not be on sale in the first place. 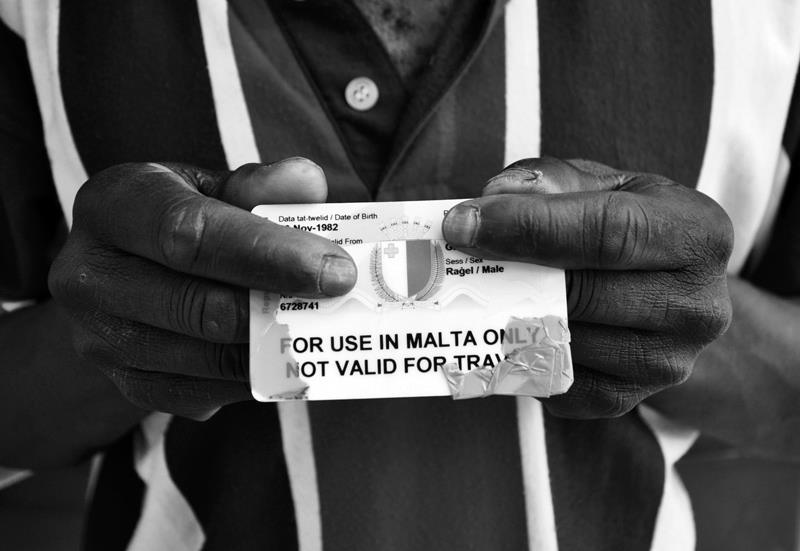 Perhaps the best way to comprehend the situation of “asylum rejects” in Malta is to read pages 8-10 of the abridged version of Joe Sacco’s The Unwanted, published in the Guardian three years ago (see his book Journalism for the full story). After release from 18-month detention, life becomes a precarious spiral. No work permit unless a potential employer sponsors you – how likely is that? As soon as you find work, your skimpy monthly allowance is forfeited for good. Lose that job, and you’re left completely abandoned, with no possibility to leave the island in search of better opportunities further north. These are the people in Malta who need citizenship and a Schengen passport the most. Their situation is partly due to the provisions of the Dublin II Regulation (which states that asylum seekers reaching the EU must remain in the first country of arrival), and partly due to the inertia of the Maltese government – past and present – in this regard. As Joe le Maltais commented a few days ago: “I’d have wished Malta would be using the right to sell its passports as a subversive act against inhuman European migration policies – but this is sadly not the intention – on the contrary it is capitalising on misery to serve a very few.“ 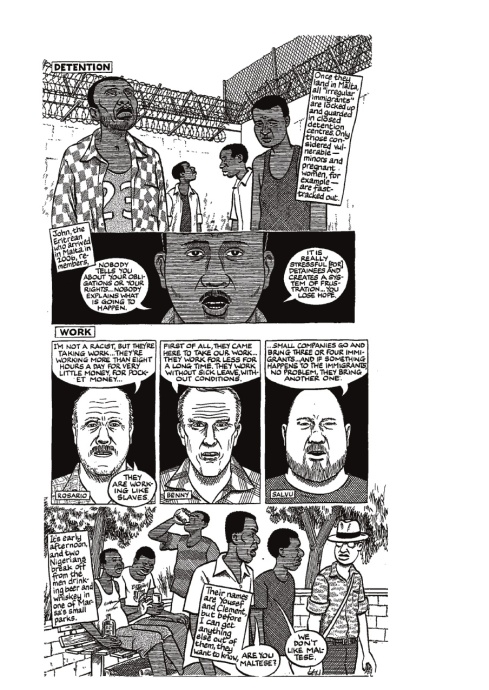 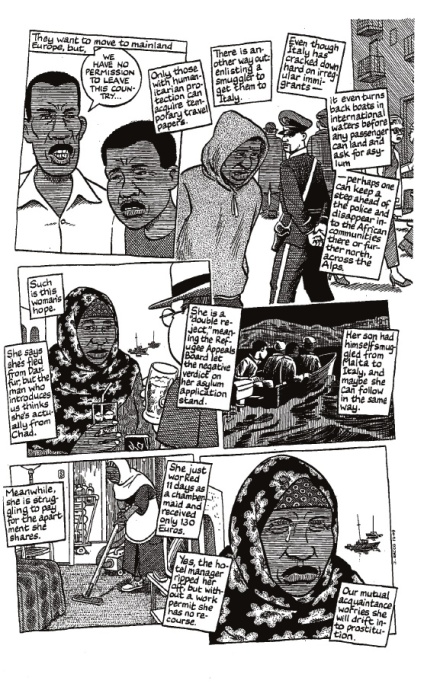 Thanks in large part to the Times of Malta article, Verkami.com have approved the crowdfunding proposal, fully aware that it is unlikely to be successful in terms of reaching the target amount of € 650,000, but they would be pleased to host it as a political protest against the global citizenship business, and as a show of solidarity to those people who cannot afford to purchase their own fundamental human rights. I thank Joan Sala of Verkami for the hospitality and offer of collaboration. The crowdfunding campaign could be very effective as a form of petition, a collective effort as opposed to an individual initiative, the major difference being that contributors pledge with greater thought and care as opposed to a providing a single click, plus of course the hope – however distant – that a successful campaign would lead to a real application for citizenship at the Henley & Partners’ office in St. Julians. But should we go ahead with it? In the hypothetical event that the target amount is reached, would that not create more problems than solutions? If the application is processed and approved, it would be a victory for one lucky asylum seeker, but also for H&P and the Maltese government pocketing the money; moreover, it would be a further condemnation for the people left behind, however symbolic the campaign purports to be. If the application is rejected, the “ultra-high net worth individuals” have the last laugh, but at least the funds could be directed to an information campaign highlighting the global injustices of the elite citizenship market, whilst humanising the issue at the more local level, as Joe le Maltais himself suggested.

As I said above, the main intention of the crowdfunding idea is to push the cash-for-citizenship debate beyond the national borders that allow the global passport business to thrive in the first place, institutionalising and protecting planetary apartheid in the process. 65 years after the Universal Declaration of Human Rights, the fundamental rights to nationality, asylum and freedom of movement are as yet far from being universal. Either all citizenships are equally valid, or none are valid at all. Ironically, last March, we spoke of Henley & Partners’ “Residence-by-Investment” schemes in the artistic newspaper Le monde n’est pas rond (to be re-launched as a webzine when my eye has fully recovered). See Camilo Godoy’s lenticular ID card, which combines his two nationalities, together with their respective ‘Global Visa Rankings‘. Until a few months ago, cynically enough, the H&P website had the cheek to cite, as a motto in the sidebar, Benjamin Franklin’s celebrated words “Where liberty dwells, there is my country“. 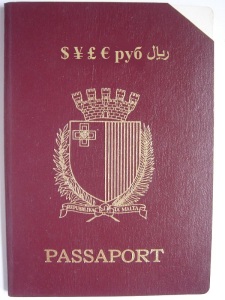 Image by Ġiljan Agius on Facebook. Says much more than everything above!

I could go on for several paragraphs, but I really need to rest my eye now. Launching the crowdfunding campaign could serve as a powerful collective message, for the simple reason that it shouldn’t be necessary in the first place. Ironically, by raising the money for an EU citizenship and passport, it accepts the financial condition as valid, thus inviting people to point out and denounce the underlying ridicule. More importantly, the campaign would be a collective show of solidarity with the people who are very obnoxiously slighted by the entire citizenship and passport business, and meanwhile are forced to continue their journey from one cage to the next, until they end up stateless and stuck, and bereft of any tangible hope. Shall we go ahead with the campaign, with all the risks it entails if eventually successful?